Hello! I really loved your game and did a video on it as well. It had a few good scares in it for sure! Great job =)

this game gave me mental breakdown

when trying to launch the game through mac it just opens the game folder and looking through it, it is incapable of launching because its only a .exe file please fix?

great game scared the hell out of me

Great game. But so many unanswered question s. Would love to see more of it.

I played through the game and actually uploaded my gameplay to my channel. Honestly, I'm not entirely sure what to say about this one. Although I did enjoy it, there wasn't much in the way of horror, unfortunately. I will say that the jumpscare did get me, however. Overall, I have my gripes, but it was fun, thank you for this!

I enjoyed the game! Great Jumpscare!

The design aspect of the game is quite good, although the story was non existent along with the atmosphere.

As far as the story, you could go with the basic setup, hook, scare, release then jumpscare technique, people don't mind reading to get that feeling from what I've seen there just has to be good tension.

I felt the atmosphere was lacking majorly due to sound design, the books crashing off of the shelf was not bad but, more of those types of visuals would be wonderful even if it's at the expense of the game being slightly longer.

I’m interested in games like this because of the many directions on which it could go. You got me several times while I was playing. After playing so many horror games, I didn’t think I could get got, but I got got. Well done!

It wasn't working for me eithe

Really cool game and I really enjoyed it! Got a few scares out of me too haha. I made a video of it if you'd like to check it out.

Thanks for the fun :D

Reply
amygeddon102 days ago
the bookshelf scared the crap out of me!  very good game, keep up the good work
Reply
Wake Up Games101 days ago

thanks if you want to support our new game. you can check my patreon if you like :) would be very thankfull

Start (9:25). With Poor eyesight i'm slowly making my way through my house, looking for a ghost. 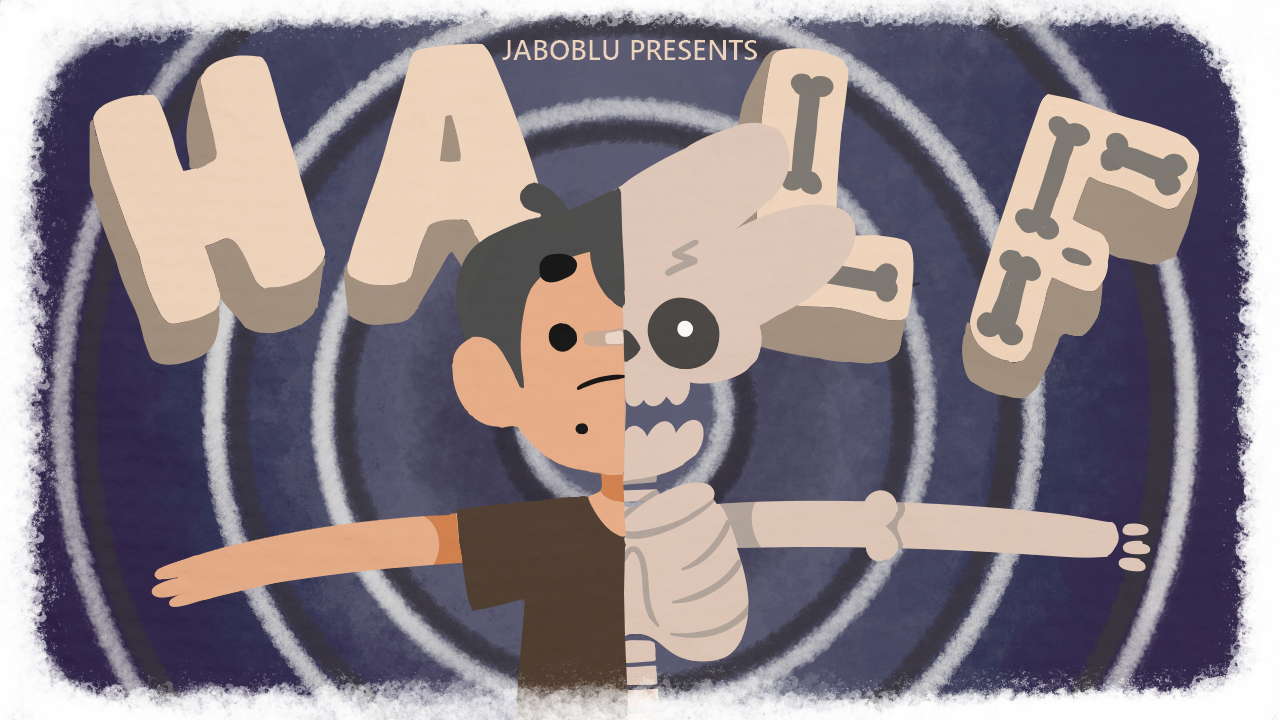 Check Out The Video
Created APRIL 2020

Reply
Wake Up Games102 days ago

What? Thats crazy you made the cover? Thats so cute

Enjoyed the game! The ending could be a little better

God that loud bookshelf thing got me. Really enjoyed the game lol. Check it out if you get the chance <3

Had a lot of fun in this game, creeped me out! Though the controls locked on toward the end so I couldn't stop moving forward, not sure if this was part of it haha.

I played this on my Youtube channel, check it out!

Honestly, it was a real good game, seen some cosmetic issues but other than that fantastic work! Watch the video below

I had a lot of fun in the game. Thanks!

Nice Video! If you like support us on patreon and play our new game as the first ;)

Pros and cons are down below) Check out my vid (the 1st game in the vid):

1. The layout of the place is really cool. I like how different and detailed the rooms are.

2. Spooks - they are really nice. I especially liked the sound design for them. Though, some small details - like picture changing to another one, would be a nice addition.

3. Story elements. I like how in such a small game you implemented story elements of the fate of the friend. And their conversation in the first place is a nice way to explain what's going on.

1. The monster didn't seem like a threat. Maybe it would be nice to add a small chasing down the hallway sequence or something like that to make them seem more frightening.

2. The photos on the walls are strange. Maybe it's not something that is commonly hang on the walls.

3. The appearing keys are strange. Maybe it would be cool to figure out a different way to proceed (a spooky door opening on its own or something similar)

I enjoyed the experience! The game spooked me a couple of times, so I am quite satisfied) I think this game has lots of potential and I would like to see similar but bigger works)

Hope my feedback was useful!

thanks very much this was really useful. If your interested in supporting us and our new game in 2020, you can visit patreon and test all of the Testversions by getting a patron.

Hello! this was good! I liked it! keep up the great games.

Here's my video, I would LOVE it if you subscribed to my channel, I appreciate the support :)

This game almost made me  piss myself! incredible

Great game! Love the graphics. Here's the video that tells you more!

"After a long, hard day at work, you are home alone…" lol I just now translated that and understand haha this game was fun and I def appreciate the extra elements that sets the game apart from other indie horror games. I'm interested in playing 'Plague' and your other future projects too!

thanks very much for playing! If your interested in supporting us and our new game in 2020, you can visit patreon and test all of the Testversions by getting a patron. :)

i couldn’t get over the fact that I must’ve been walking around naked the entire time. It definitely added to the vulnerability. Good game, nice spooky atmosphere.

hahaha that’s true. Your naked. thanks very much for playing! If your interested in supporting us and our new game in 2020, you can visit patreon and test all of the Testversions by getting a patron. :)